A small introduction about my self

At the age of 20 and after dropping university (Computer Science, ITESM) in Mexico, I decided to move to Canada and study a full-time Digital Design program in order to improve and polish a strong sense of motion and interactivity that I developed during my early years while studying and working part-time as a graphic/web designer at a small web design shop in Monterrey. On August 2005, I started my professional journey to take my skills to the next level by enrolling to the Digital Design program at Vancouver Film School. During graduation at VFS, I earned 3 awards: Best Interaction Design, Best Team project and Best Final project which helped me to land a job at Blast Radius agency as an Interface Developer (Flash Developer) and later on, becoming the Paid Media Lead for the Starbucks account. During the following 8 years, I had the opportunity to work on various projects for some high-caliber brands such as: Nike, Disney, Starbucks, BMW, Nokia, Electronic Arts and Hasbro.

Over the years, I've launched different projects as a way for me to feed my passion for continuous learning on some of the fields that I enjoy the most: Perfil Empresarial (web production & online presence) on 2011, DP Cinema (video production) on 2013 and most recently, Doceo (online-course production) on 2018.

Most recently, I've consollidated the experience I've gathered under a new umbrella project: Autoridad Digital, helping successful entrepreneurs and content creators to properly present themselves (on digital), as industry leaders and the go-to authority on their field. 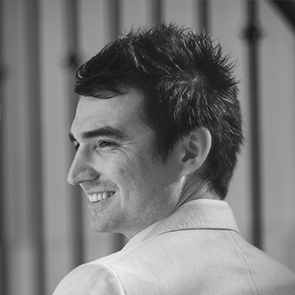 Helping entrepreneurs and content-creators to plan for all resources needed to execute a coherent and professional digital presence for their brand.

Just-One-More is an exciting new project that reimagines the age-old tradition of storytelling JustOneMore is a hub of audio stories for kids, empowering parents, grandparents, aunts, uncles, third cousins twice removed - you name it - to create magical audio stories in minutes.

Planning for all resources needed on video production, web development and payment gateways in order to have successful launch for an online course. This includes the oversee all technical aspects involved during the course-creation process, so the client can focus 100% on what they want to teach to their online community.

Oversee all video projects from conception to completion and plan for any and all resources needed to get the job done.

The the video editor's skill can determine the quality and delivery of the final product. The success of the final product is highly dependent on the creative and art direction, as well as hand-picking the right scenes and music selection for each project.

Responsible for managing all Paid Media campaigns for the Starbucks account. This position required to manage several developers on various projects, while making sure that all paid media content was delivered on time and budget.

This role included a number of tasks, procedures and protocols to follow in order to be an efficient liaison between Strategy, Design, Project Management, Client Services and Development. It is the Paid Media Production Lead's job to make sure this communication between these disciplines is seamless from a technical perspective.

Provided a 24-hour turn around service for new businesses, so they can have a professional online presence and aid in the process of launching their online product or service as quickly / easily as possible.

Responsible for building the "face" of a web application with which users interact, bridging the gap between designers and application developers. By applying the core technologies of XHTML, CSS, JavaScript, and ActionScript, interface developers translate the creative vision into a fully interactive user

What I have done to achieve and improve my professional skills

I have a great passion for continuous learning in order to keep improving my technical and interpersonal skills. I've studied courses from a wide range of disciplines, such as iOS/web development, design, user experience, photography, business and self-development.

The Digital Design program was a year-long transformation both on a professional and personal level, giving me the tools and experience to be able to work professionally on the fields of web development, animation and video production.

The initial years of study provided me with a great foundation to form a professional and innovative vision that anticipates technological change, in order to create and provide software solutions within the digital era of a new and dynamic society. This gave me the necessary skills to meet the technological requirements of organizations and individuals, using computers and technology as the main tool.

Would you like to have a chat? Please feel free to get in touch.